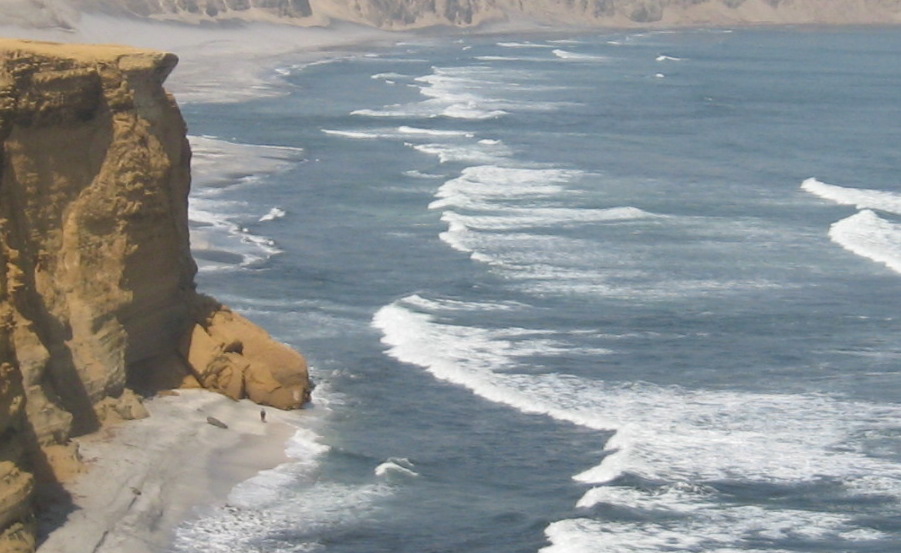 Water covers 71% of our world and holds a vast potential for clean renewable energy production. The American Society of Mechanical Engineers estimated in a 2010 report of Offshore Mechanics and Arctic Engineering, that there is an estimated potential of 3.7 terawatts of wave energy, almost double that of current world electrical consumption.

Waves are created by winds blowing across the oceans. Waves are distinct from daily tidal surges created by the gravitational effects of the moon as the earth spins on its axis. Compared to wind and sun, waves are more consistent and predictable and as water is roughly 1000 times more dense than air, it makes potential transmission into renewable energy very efficient. With roughly 60% of the world population living within 50 miles of a coastline, wave power can be locally delivered, reducing energy loss to transmission across long distances. Additionally, as power demands increase during colder winter months, wave energy generation mirrors that demand with increased wave activity. Furthermore, as coastal communities move to install ever-increasing number of desalination plants to increase access to fresh water, wave energy holds the potential to fuel the process of desalination, an energy intensive process in itself.

Numerous projects are working towards ways to tap into this pool of energy with mix results. Yet the world still waits for a dependable technology that can safely and cost effectively transform waves into electricity. We believe that answer can be found here, with Atmocean.

Atmocean is a wave energy company. The design is simple; using wave action, seawater is pumped to shore where it is converted into electricity using a water pelton motor or fresh water as it passes through a RO system, operated solely off the Atmocean system. This form of renewable energy production is simple, cost effective, and most importantly, safe for the environment while acting towards our global goal of reducing our reliance on carbon based energy sources. Our mission is to provide clean cheap renewable energy and fresh water for coastal communities around the globe.